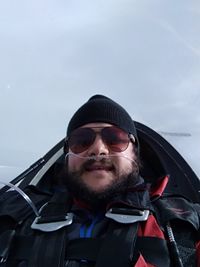 (…) then the pilot will discover that there is another way to fly a glider, another dimension, and the doors will open to big flights, to his great pleasure and that of his passenger. (…)

Located at the bank of River Dee, with mountains towering over, the DGC is a wonderful place to fly from. Your inner pilot will be satisfied, but if you are also into outdoors, hillwalking, nature or even history – there is plenty to cherish your senses. Or cheer up your non-flying companions. Gliding would not be possible without people running the club – it is hard to imagine more hospitable team than one in the DGC, keen to share their local knowledge with visitors from “Englandshire” and abroad.

From a point of view of a glider pilot, it is the location that defines all that is the best about Aboyne. To the east of Cairngorm mountain range, which is regularly divided by long latitudinal valleys crossed perpendicularly by smaller side valleys. This topography provides favourable wave patterns in most of wind directions - from the south-east round to the north, there is a potential for a usable wave formation. Just west of the DGC there is a large geological formation called Tarland Bowl – well shaped circular basin, which locks in wave patterns from multiple wind directions and, hence, gives Aboyne pilots access to a convenient wave entry point. 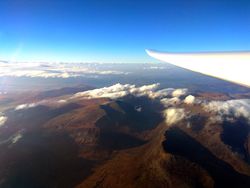 Flying there is not for faint-hearted. Especially in southerly winds which can cause a lot of turbulence and interesting phenomena – like two windsocks separated by 500 m pointing towards each other… Taking off and landing in these conditions can be very “sporty” as they say up there in the north. I believe that to successfully tackle these conditions, one has to start preparing well in advance.

On my trip, I was extremely lucky with the weather, which obviously was beyond my control. However, thorough prior preparation was something that I consider helped enormously in achieving my goal. Flying an odd beat-up or two, prepared me well to handle the glider close to the ground at high approach speeds needed in windy conditions. Coming to CGC on 30+ kt days with turbulence gave me some invaluable lessons. I would have not been able to return safely via cloud after some unsuccessful wave bar jump without having (and keeping current) a cloud flying endorsement. Not to mention aerobatic training - a source of confidence when I tried to catch a wave in highly turbulent air. Jean-Marie Clément in his book, mentioned above, goes as far as suggesting that the wave flying pilot should know how to roll to and back from inverted flight (and I totally agree!). 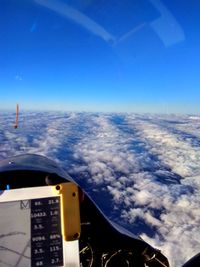 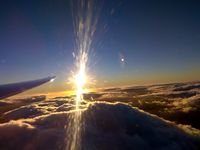 Airspace, even though less complicated than in England, can be tricky there as well. A week before my trip, CFI of another gliding club has intruded the Aberdeen airspace, infringement repeated an only week later by another club’s chairman - an honest mistake when flying downwind in 60kt upper winds. My piece of advice? Familiarisation with a moving map in a gliding computer is a must-be on your to-do list. Upper wave boxes used to fly without a transponder above FL100 can give one a headache as it is easy to unwillingly fly out of them right into controlled airspace (imagine: ground speeds can be well in excess of 150 kt.)

At this point I would like to thank Cambridge University Gliding Club which allowed me to take the club’s ASW19B – “CU” to Aboyne and Stephen Gibson from CGC who very kindly lend me his hi-performance oxygen system. Without them, I would have never spent as many as 37 hours in the air. Out of those hours, two flights are particularly notable and possibly of interest to the reader. The first one is my diamond height gain which happened on the 09/10/18. The second one is 268 km undeclared cross country flight in wave done on 10/10/18.

The evening before, the RASP wave forecast for Scotland seemed more than optimistic, with strongish south-westerly winds. I’ve decided to attempt an early start for the sake of an easy take off and plenty of time for looking for a good wave spot (and who can say ‘no’ to Scottish sunrise in the middle of autumn).

Thanks to Molnár Levente – very keen and helpful Hungarian tug pilot – I was able to take off with first sun rays shining onto the runway surface. As usual, he dropped me in the perfect wave entry location (keeping tug pilots well-oiled with a beer in the evenings is probably the best investment one could do while in Aboyne). The only thing left for me was to align with the best lift, fly back and forth along the wave clouds and cherish my eyes with a splendid sunrise over them (ha! the early bird does get a worm).

In no time I was at FL190, just to realise that the upper box allowing me to go up to FL245 will not be open until two hours later. I just sighed quietly for my warm bed somewhere down there. Checking my oxygen level just a bit too often, I stayed in the wave with slightly open airbrakes for an hour or so, just to realise that the wave weakened and disappeared completely from that location. I went for another wave bar which was too weak and at 9000’ I started feeling… well rather low.

Yet, both the spirits and altimeter were getting high again at another great location over lochs in Tarland Bowl – the wave I found there gave me an easy ride to FL225. I stopped the nice climb, not to infringe the FL245 (for instance due to altimeter error) with a height gain of 5900m I was sure that the dreamed-of diamond is bagged. Keeping the descend rate low, not to shock heat the glider cooled to some minus 12°C. With no space to jump out of happiness my return to base was rather uneventful.

Cross country in a wave

Some experienced Aboyne pilots say that getting diamond is one thing, but the real challenge is to fly cross country in a wave. The next day after my diamond height gain looked promising, thanks to fierce but stable southerly winds giving wave bars latitudinally aligned all across Scotland. Again, I decided for an early start and seeing two Aboyne pundits ensured me that the day will be good. They were ready at the runway, in complete darkness waiting for the first sunrays to allow for aerotows to commence. As before, sunrise over wave clouds was spectacular and unforgettable. 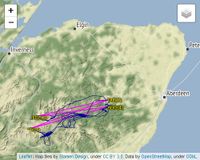 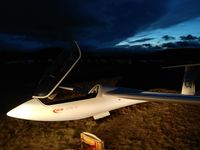 I would not be myself if I did not declare a very ambitious (and definitely doable!) 500km task. Yet, in the end, I decided to play it safe seeing very unwelcoming territory and very few outlanding options. My strategy was to find permanent wave hot spots, gain height there and then try to jump wave bars to move forward. This worked pretty well, kept me safe but did not allow for high cross country speed or long distances. Some wave bar jumps were successful and easy others were very tricky. Few times I found myself in a place where I was expecting a strong wave after flying quickly through a heavy sink and yet I was still going down, without any prospects of nearby lift.

I found wave clouds and patterns harder to understand then thermals. With high wind speeds, places with huge sink and few outlanding options - the margin for error in the wave cross country flying is much smaller than in the thermal cross country, despite much higher altitudes at which one flies. I eventually finished an undeclared task of 268 km - being quite pleased of such an achievement. Understanding and harnessing this still under-reasearched energy allows for flights as long as two 750 km flights done from Aboyne on that day by Roy Garden and Roy Wilson. If it weren’t for the wave cross country flying, I have no idea what Jean-Marie Clément had in mind when he wrote the words quoted at the beginning of this article.

Aboyne is a great place for trying wave flying for the first time, as well as getting diamonds or doing cross country flights one can talk about over a pint forever. Favourable weather, picturesque scenery, and friendly club make it a place worth paying a visit. An opinion shared by a group of German pilots, who have been travelling there every autumn for last few years, with their own gliders all the way from Germany.